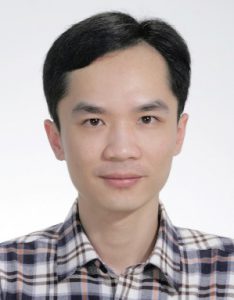 Dr. Xiping Hu, Professor, Laureate of the National Recruitment Programme of Global Experts (Youth Project), Doctoral Supervisor. He graduated from the University of British Columbia. He is the co-founder and CTO of Bravolol Limited, a high-tech company. Bravolol Limited has successfully launched a number of popular mobile language education software, winning more than 100 million users in many developed countries including Europe and the US and evaluated as the world’s top 2 language education platform.His research interests include mobile distributed software systems and applications, cloud computing, group intelligence, and psychophysiological fusion computing. He has published more than 70 high-quality papers in the world’s top journals and conferences (more than 25 papers in the JCR and CCF A Class, with a total impact factor of >140). The research results have been widely quoted and highly praised by famous scholars at home and abroad, such as Professor Vincent Poor, Dean of the School of Engineering, Princeton University and American Academian of Sciences, Professor Wu Jianping, Academician of the Chinese Academy of Engineering,Professor Xue Minshen of the University of Waterloo and Canadian Academian of Science and Engineering, Professor Albert Zomaya of the University of Sydney and Australian Academy of Engineering, Professor Jon Crowcroft of Cambridge University (one of the main founders of the Internet) and Royal Academian of Sciences, Professor Stuart Madnick of the Massachusetts Institute of Technology (one of the main founders of the operating system) . The research work has won the fundings of Science and Technology Commission of the Military Commission, the major project of Guangdong Province, the Shenzhen-Hong Kong Innovation International Cooperation Project, National Natural Science Foundation of Canada Strategic Sub-project and Innovation Project, EU, IBM and TELUS in total of about 30 million RMB yuan. He has been invited to give talks in a number of well-known international research institutions such as Cambridge University and IBM Thomas J Watson Research Center. He has served as member of the famous journal editorial board such as the IEEE Access Associate Editor of the JCR A Class Journal, and the editor-in-chief of the IEEE Transactions on Automation Sciences and Engineering. He has served as the chair of the famous computer conferences IEEE INFOCOM, IEEE CloudCom, IEEE HPCC, IEEE PerCom, etc., as well as the TPC Member.

Female, engineer. She graduated from the Academy of Information Science and Engineering of Lanzhou... read more

Male, born in January 1984, graduated from Lanzhou University in 2005 with a degree... read more

Male, native of Shanxi Province. He is an associate professor and master's tutor at the... read more