He is an associate professor and master’s tutor at the School of Information Science and Engineering at Lanzhou University. From September 1994 to June 2001, he studied at the School of Information Science and Engineering of Lanzhou University. He obtained a Bachelor of Science in Electronics and Information Systems and a Master of Science in Communication and Systems. From September 2010 to June 2016, he received a Ph.D. in radio physics. In July 2001, he stayed in school and served as a teaching assistant. In January 2006, he was hired as a lecturer; since May 2011, he has served as an associate professor. He has long been engaged in the research of automatic control and signal processing. He has presided over one key project of the Science and Technology Commission of the Military Commission, one major project of the Ministry of Science and Technology, two natural science funds of Gansu Province, and two projects of “Special Funds for Fundamental Scientific Research Business of Central Universities”. He has participated in many projects such as the EU FP7 major project, the 973 project, and the National Natural Science Foundation. He has won the second prize of the National Technology Invention. He led the students to participate in the National Undergraduate Electronic Design Competition and won the National Second Prize, the Gansu Provincial Special Prize for 1 time, and the Gansu Provincial Competition for the first prize of 4 times. He has published several academic papers by the first author in journals and conferences such as Frontiers, IEEE transactions on nanobioscience, IEEE International Conference on Bioinformatics and Biomedicine. 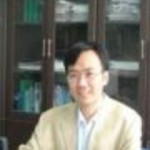 Female, engineer. She graduated from the Academy of Information Science and Engineering of Lanzhou... read more

Male, born in January 1984, graduated from Lanzhou University in 2005 with a degree... read more